Sure, California students might not be able to read or write, but, thanks to the 9th U.S. Circuit Court of Appeals, they'll at least will be able to recite Islamic prayers. From Investor's Business Daily . . .

In a recent federal decision that got surprisingly little press, even from conservative talk radio, California's 9th U.S. Circuit Court of Appeals ruled it's OK to put public-school kids through Muslim role-playing exercises, including:

Parents of seventh-graders, who after 9-11 were taught the pro-Islamic lessons as part of California's world history curriculum, sued under the First Amendment ban on religious establishment. They argued, reasonably, that the government was promoting Islam.

But a federal judge appointed by President Clinton told them in so many words to get over it, that the state was merely teaching kids about another "culture."

So the parents appealed. Unfortunately, the most left-wing court in the land got their case. The 9th Circuit, which previously ruled in favor of an atheist who filed suit against the words "under God" in the Pledge of Allegiance, upheld the lower court ruling. . . .

In the California course on world religions, Christianity is not presented equally. It's covered in just two days and doesn't involve kids in any role-playing activities. But kids do get a good dose of skepticism about the Christian faith, including a biting history of its persecution of other peoples. In contrast, Islam gets a pass from critical review. Even jihad is presented as an "internal personal struggle to do one's best to resist temptation," and not holy war. . . .

You can read the entire editorial here. 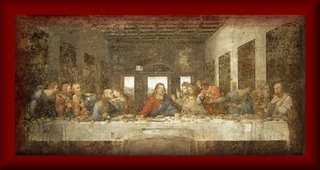 Melinda the Enforcer provides a helpful Da Vinci Code movie review over at the STR blog. One of the things she mentions is something that troubles me: Christians picketing in front of the theater. A similar seen was pictured in my local newspaper. As expected, the article made the picketers look silly (more accurately, the Christians made themselves look silly). Melinda offers a better way:

We saw quite a number of protesters as we left the theater - holding signs pleading moviegoers not to offend Jesus by seeing the movie, holding crucifixes. I sympathize with the motivation and sentiment. I don't like hearing what is sacred treated so badly. But I think these kinds of protests only play into stereotypes that damage Christianity's reputation among those we need to reach out to. Instead of demonstrating our offense, we should demonstrate the facts that support the claims of Christianity. The best reaction to this movie is information and education. Langdon and Teabing aren't the experts. We should be the experts, the one's with the best evidence. Persuasion is more effective than protests.

You can read the rest of the review here, “Da Vinci Movie Review.”

So many ridiculous claims, so little time. Others have done such a great job of debunking Dan Brown’s nonsense, that I have decided to leave it be—until now, that is. But only one little thing that I find amusing: the name of the book—The Da Vinci Code.

“Da Vinci” is not Leonardo’s (actually, it’s Lionardo) last name, for he had none. “Da Vinci” means “from Vinci.” Although he was probably born in nearby Anchiano, he was baptized in Vinci and later moved there. A modern equivalent would be something like “Joe from Arcadia.” When you think of it this way, it kind of makes the title silly: “The From Arcadia Code.”

Although not written by the Apostles (despite its name), this first or second century creed was written to guard against certain heresies that were worming their way into the church. The Apostles' Creed is the oldest known extra-biblical creed. The authorship is unknown.

I believe in God, the Father Almighty, the Creator of heaven and earth, and in Jesus Christ, His only Son, our Lord: Who was conceived of the Holy Spirit, born of the Virgin Mary, suffered under Pontius Pilate, was crucified, died, and was buried. He descended into hell. The third day He arose again from the dead. He ascended into heaven and sits at the right hand of God the Father Almighty, whence He shall come to judge the living and the dead.I believe in the Holy Spirit, the holy catholic church, the communion of saints, the forgiveness of sins, the resurrection of the body, and life everlasting. Amen.

The Dangers of Being a Credobaptist

I became a Calvinist while attending a Calvary Chapel. That pretty much sealed my fate there. After being driven out, we providentially landed at the Reformed church that we have been at for the last 12 years. It took no time at all for me to take the final step into the Reformation.

Being, at the time, the father of two young children, I was confronted with the question of pedobaptism. Before I even launched the study that would eventually result in my wholehearted adoption of the doctrine, one question stuck out to me, even before I became Reformed: What about my children?

The Credobaptist Answer to a Questioning Conscience

In the Old Covenant (OC), the children were certainly included. But, coming out of a baptistic tradition, all that I could formerly hope for was that one day they would walk an isle and pray a prayer. It’s seemed that in the OC, God was much more gracious when it came to children.

Credobaptists, whether consciously or unconsciously, ask themselves the same question: What about the children. The answer has been baby dedication. The problem is, there’s not Biblical support for such a practice. Even so, they (and, me too at one time) simply accepted it because it met a psychological need.

The Danger of a Wrong Answer

It is not my intention in this post to try to persuade credobaptists to change their minds. Instead, I’m asking that my credobaptist readers carefully search the Scriptures on this issue. Answer the questions, What about my children? And Why would the OC children be part of the convenant and receive it’s sign, but not the New (and better) Covenant children?

The stakes are high, as pointed out at the Out of Control blog. Here’s an excerpt:

Baptism and circumcision both point to the same reality--the washing away or the cutting away of sin (see Colossians 2:11-12). Both also signify the entrance into the visible church in their respective testaments. This being said, it is a very scary thought when you read this passage. God is saying that those who reject the sign of the covenant are rejecting what the sign points to. The true Jew knew that circumcision does not save a person; just as the true Christian today knows that baptism does not save a person. And yet, a rejection of the sign was a rejection of the covenant itself.

You can read the rest of this post here.

Labels: Baptism, Doctrine of the Church