Avicenna and the Law of Non-Contradiction 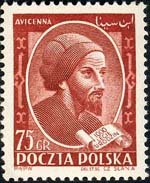 Many Postmodern thinkers have taken to denying the law of non-contradiction. This law of thought states that A cannot be non-A at the same time and in the same sense.

With all the ills Islam has brought to humanity, I’ve found something commendable. Muslim philosopher Avicenna (Ibn Sina) deftly shows the folly of denying the law of non-contradiction.