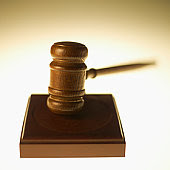 In Part 6 we learned that, despite the teaching of Arminianism, God grants salvation to those whom He choses; and that His choice is not based upon any foreseen faith or works, but on His own sovereign will and gracious good pleasure.

In this installment, we’ll consider the Arminian doctrine of Unlimited Atonement. According to this teaching, it was God’s intention to save every person without exception, even though the application of Christ’s death is made to believers only. Furthermore, Christ death did not actually save anyone; it just made salvation possible.

The doctrine of Unlimited Atonement runs into various conceptual issues. The following are just a few:

Problem One: Universalism or Failure
If God intended for every person to be saved without exception, then every person would be saved. In Ehp. 1:11 Paul tells us that God “works all things according to the council of His will.” Furthermore, Daniel tells us that nothing can keep God from accomplishing His intentions:

. . . He does according to His will in the army of heaven and among the inhabitants of the earth. No one can restrain His hand…
(Daniel 4:35 )

Arminians reject Universalism—they do not believe that all are saved, even though God wanted to save all men. But what can we say about a god who wants to accomplish something but can’t because his creation won’t let him? Indeed, the god who emerges from this view is not a sovereign god whose hand can’t be restrained, but one who is impotent to accomplish His intentions.

Problem Two: Hell
Supposedly, the divine intention behind Christ’s death was to save every man, woman, and child who ever lived. The problem is, Christ’s death occurred 2,000 years ago. What about the people who lived in the preceding millenniums?

At the time of His death there were already millions, if not billions, of people in Hell. What about them? Did Christ die with the intention of saving the unsavable? He must have if the Arminian claim were true.

A common Arminian retort is that Christ made a post-crucifixion appearance in Hell where He offered them salvation. Apparently, though, they chose to stay in torment rather than accepting an invitation to paradise (I guess the rich man changed his mind, Luke 16:19-31).

Problem Tree: The Unjust Judge
One of the main problems with the Arminian view is that it makes God an unjust judge. Here's why: Say you are about to be sentenced for a crime you've committed and a man steps forward and says that he'll take your punishment upon himself. The judge agrees to accept the substitute and punishes the man accordingly.

What if, however, after punishing the substitute, the judge then exacts the same punishment upon you? Would that be just? Of course not. But this is exactly what Unlimited Atonement teaches—Christ paid the price for the unrepentant sinner, which God accepts; then, upon the man's death, he punishes the man for the same crimes already paid for by Christ. God wouldn't be a just judge, but a devil!

As we've seen so far, Unlimited Atonement carries with it serious doctrinal consequences. In my next post in this series we'll consider the Scriptures that address the questions, “For whom did Christ die?” and “Did Christ actually save anyone? Or did He simply make salvation possible?”

Who, then, among those called sages, poets, and historians, could tell us truly of these things? For they were born much later . . . . Therefore, it is proved that all others have been in error and that we Christians along have possessed the truth. For we are taught by the Holy Spirit, who spoke in the holy prophets.

Over at Gordon-Conwell’s site, Dr. Walter Kaiser wrote an article highlighting the top 15 archaeological finds confirming the historicity of the Scriptures. Dr. Kaiser begins by mentioning the difficulty of reducing several hundred major archaeological finds to a mere 15. Nevertheless, he has based his choices on the finds that affect the interpretation of Scripture. Here are the 15 in order of greatest significance:


You can read the entire article here.

I often wonder if people (myself included) would dress the way they dress at church were they meeting the President of the United States (of course there was those girls with the flip flops). Do we really realize the gravity of this event? Do we take a moment to consider that upon the announcement of the call to worship that a solemn occasion is ensuing? Indeed, this is no ordinary gathering. We, as the Living God’s people, are presenting ourselves to our King—to worship Him and to hear from Him through the preaching of His word.

I’ve tried to impress upon my children the gravity of the event—because it’s not a casual affair, we should dress accordingly. (I think of Moses taking off his shoes because the ground upon which he was standing was holy.)

For example, I wear shorts, filp flops, and a tee shirt to lounge on the beach. It’s a casual affair so casual attire is called for. If I had an audience with the President of the United States a coat and tie would be in order. Because of the gravity of the event, it would be flippant and disrespectful to wear beach cloths. How much more care should we take when gathering to worship our Savior?

A matter of conscience, though, to be sure, but, perhaps we would all do better to give a little more thought to our dress when entering the house of the Lord.

At the Wheat and Chaff blog, Pastor Matt Powell of Providence Reformed Chapel in Colorado reflects upon this topic:

But there is another spirit that one sees all too frequently in our society, and that is the spirit that says, "God doesn't care what I look like, so I can come to church dressed as slovenly as I want." "Sunday best" was an expression that had more meaning in our culture just a few years ago than it does now, for it used to be taken for granted that you should dress up in your nicest clothes to come to church. Why is that? Did people truly think that God would value them more highly for wearing a jacket and tie or a nice dress? Or perhaps people used to know something about church that has been well-nigh lost to the church today?

The whole counsel of God concerning all things necessary for his own glory, man's salvation, faith and life, is either expressly set down in Scripture, or by good and necessary consequence may be deduced from Scripture: unto which nothing at any time is to be added, whether by new revelations of the Spirit, or traditions of men . . .

One of the issues resolved by the Reformers was that of final authority, i.e., Are the Scriptures sufficient for doctrine and life? The Reformers, of course, answered in the affirmative. Louis Berkhof summarized their case as follows:

In Scripture each succeeding book connects up with the proceeding (except in contemporary narratives), and is based on it. The Psalms and the Prophets presuppose the Law and appeal to it, and to it only. The New Testament comes to us as the fulfillment of the Old and refers back to nothing else. Oral traditions current in the time of Jesus are rejected as human inventions, Matt. 5:21–28; 15:4, 9; I Cor. 4:6. Christ is presented to us as the acme of the divine revelation, the highest and the last, Matt. 11:27; John 1:18; 17:4, 6; Heb. 1:1. For the knowledge of the way of salvation we are referred to Scripture only, to the word of Christ, and the apostles, John 17:20; I John 1:3 . . .

Both Rome and the Anabaptists rejected the sufficiency of Scripture. Rome put as Scripture’s rival her church councils and traditions, with the ultimate authority residing in the pope. The Anabaptists, however, had a low view of Scripture for other reasons: they sought guidance from an “inner light” and direct revelations from God, resolving that the Spirit worked apart from the Word because the Word was dead.

Renting the Spirit from the Word by claiming direct revelations from God was something the Reformers could not abide. For that reason, Martin Luther derisively referred to them as “swarmers” because they were “swarming everywhere, deranged by the devil, regarding Scripture as a dead letter, extolling nothing but the Spirit and yet keeping neither the Word nor the Spirit.”

Likewise, in speaking of the link between the Spirit and the Word, John Calvin wrote . . .

Two things are connected here, the Word and the Spirit of God, in opposition to the fanatics, who aim at oracles and hidden revelations apart from the Word.

In my years as a Pentecostal I saw the shipped-wrecked lives of those who listened to the modern swarmers. I’ve also experienced (and am still experiencing) the derision of unbelievers as they scoff at Christ and His followers because of those who claim that God is whispering in their ear.

A case I was recently reminded of was self-proclaimed prophet Pat Robertson. Time-after-time he claims to be speaking on behalf of God (apart from the Word), despite his confession that “sometimes I miss.” This includes a “prophecy” uttered on January 3, 2007, regarding a major terrorist attack that would occur that year. Of course the year came-and-went without his prophecy’s fulfillment

Worst of all, false prophets like Robertson and other such Pentecostal leaders blaspheme our God by taking His name in vain. Were we still in Old Testament times, Mr. Robertson’s excuse that “sometimes I miss” would hardly be a satisfactory defense:

'But the prophet who speaks a word presumptuously in My name which I have not commanded him to speak, or which he speaks in the name of other gods, that prophet shall die.'

"You may say in your heart, 'How will we know the word which the LORD has not spoken?'

"When a prophet speaks in the name of the LORD, if the thing does not come about or come true, that is the thing which the LORD has not spoken The prophet has spoken it presumptuously; you shall not be afraid of him.

The Bible is something more than a body of revealed truths, a collection of books verbally inspired of God. It is also the living voice of God. The living God speaks through its pages. Therefore, it is not to be valued as a sacred object to be placed on a shelf and neglected, but as holy ground, where people’s hearts and minds may come into vital contact with the living, gracious and disturbing God.