A Protestant, a Priest, and a Televangelist Walk Into a Bar . . . 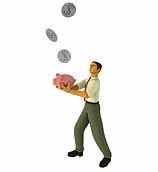 A Protestant minister, a Roman Catholic priest, and a televangelist are in a bar discussing how much of the offering they should keep.

The Protestant says, “I draw a line in the sand, and then throw the money into the air. The money that lands on my side of the line I keep, and the rest I give back to the Lord.”

The priest said, “I do something similar, except I draw a circle. The money landing in the circle is mine, and the rest is the Lord’s.”

Finally, the televangelist offers his view: “My method is far easier and more God honoring. I simply throw the money into the air and let the Lord pluck-out what he wants.”

Thought of the Day: Election 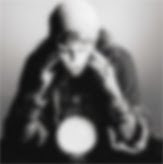 Those claiming that election is based upon God “looking down the corridors of time” make Him into a mere prognosticator—a cosmic Madam Cloe who’ll tell your future for just $2.99 a minute. 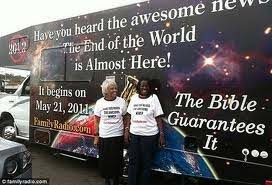 We had learned that May 21, 1988 was the last day of the church age and was also the first day of the 23-year period of Great Tribulation, during which Satan has been employed to officially rule the whole world. During this first 2,300 days of his 8,400 day period the Holy Spirit was withdrawn from all churches as well as the entire world, insofar as salvation is concerned…This salvation is not occurring in any church but will continue outside of the churches to the end of the Great Tribulation, on May 21, 2011.

End-times soothsayer Harold Camping has—again—set the date for Christ’s return. Rev. Christopher Gordon, pastor of United Reformed Church in Lynden, WA, posted two articles at The Gordian Knot about Mr. Camping. The first is a brief history of Camping and his date-settling, and the second evaluates the fruit of his teaching and addresses the dangers of this practice.

One of the things I found very interesting was how Camping’s announcement regarding the end of the church age coincided with his own removal as a Sunday school teacher by the Christian Reformed Church (CRC):

What Harold Camping conveniently chose not to reveal is that May of 1988, reputedly, was the month the Alameda CRC began censuring Camping from teaching the adult Sunday school class. Though, according to bulletin records, the official announcement of the reorganization of the Sunday school class without Camping as the teacher was made public in the Sunday bulletin on June 5, 1988, the controversy climaxed in the weeks prior to this date, on or around the May 21 date. After a summer of conflict, church visitors were sent to assess the situation and turmoil in the congregation, and supported the Consistory’s decision to deny Camping the privilege of teaching. The official date the elders took over the adult Sunday school class was September 11, 1988.

The whole controversy that spanned Camping’s censure and departure from the church was roughly from May to September, 1988. Drawing a preliminary conclusion, is it really a coincidence that the period Camping’s teaching controversy broke open in the church coincides with the “month and year”, if not the exact date, that Camping would later declare the church age ended? Is it not the least bit suspect that Camping would later declare that the Holy Spirit was removed from the church beginning on May 21, 1988, the very same period Camping himself was removed from teaching “in” the church? And is it not alarming that Camping now “outside” of the church would declare, soon after his own departure, that anyone still identified with any church is now under the judgment of God? In legal terms, I think it’s safe to say we have motive.

Pride and bitterness had so overcome Camping that he was able to declare that upon the year of his censure and departure from the church, God was done with the entire church, and from that time forward, God would only work in the “true believers” who were willing to take the stand with Camping and come out of the church. This is a severe warning of what can happen to those who reject the elders who rule with the authority of Christ. Over forty percent of the Alameda CRC, many of whom were employed by Family Radio, “went out” from the church and subsequently started their own “fellowship”. . . .

You can read the entire article here, and part 2 here.