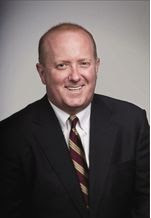 R.C Sproul Jr. on loving the unbeliever by telling him the truth:

Our love for them must be strong enough, however, to tell them with both passion and compassion that their hops are in vain, that their gods are must and dumb, and that there is only one name under heaven by which a man must be saved. Our love for them does not present the Christian gospel as an option. It does not lead us to argue that it’s a good option that has worked well for us. Our love instead commands all men everywhere to repent and believe the Gospel, lest they perish. Our love calls on all our enemies to kiss the Son, lest He be angry and they perish along the way (Ps. 2:12) 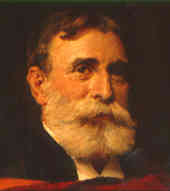 There is nothing in us or done by us, at any stage of our earthly development, because of which we are acceptable to God. We must always be accepted for Christ’s sake, or we cannot ever be accepted at all. This is not true of us only when we believe. It is just as true after we have believed. It will continue to be trust as long as we live. Our need of Christ does not cease with our believing; nor does the nature of our relation to Him or to God through Him ever alter, no matter what our attainments in Christian graces or our achievements in behavior may be. It is always on His “blood and righteousness” alone that we can rest.

Christian Persecution in the Middle East 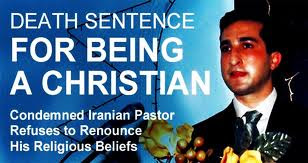 It’s easy for us Christians in the West to forget about our beleaguered brothers and sisters overseas, or to just respond by offering up a prayer. Prayer is certainly needed, but so is action. The question is, what kind of action? One avenue of help that I recommend is Voice of the Martyrs. They are an inter-denominational ministry that focuses on persecuted Christians. They’ve been around for more than 40 years and do an amazing job. If you have a recommendation as to how we can help, please post a comment.

Israel and the Plight of Mideast Christians:

The church in Bethlehem had survived more than 1,000 years, through wars and conquests, but its future now seemed in jeopardy. Spray-painted all over its ancient stone walls were the Arabic letters for Hamas. The year was 1994 and the city was about to pass from Israeli to Palestinian control. I was meeting with the church's clergy as an Israeli government adviser on inter-religious affairs. They were despondent but too frightened to file a complaint. The same Hamas thugs who had desecrated their sanctuary were liable to take their lives.

The trauma of those priests is now commonplace among Middle Eastern Christians. Their share of the region's population has plunged from 20% a century ago to less than 5% today and falling. In Egypt, 200,000 Coptic Christians fled their homes last year after beatings and massacres by Muslim extremist mobs. Since 2003, 70 Iraqi churches have been burned and nearly a thousand Christians killed in Baghdad alone, causing more than half of this million-member community to flee. Conversion to Christianity is a capital offense in Iran, where last month Pastor Yousef Nadarkhani was sentenced to death. Saudi Arabia outlaws private Christian prayer. . . .

. . . Since the Hamas takeover of Gaza in 2007, half the Christian community has fled. Christmas decorations and public displays of crucifixes are forbidden. In a December 2010 broadcast, Hamas officials exhorted Muslims to slaughter their Christian neighbors. Rami Ayad, owner of Gaza's only Christian bookstore, was murdered, his store reduced to ash. This is the same Hamas with which the Palestinian Authority of the West Bank recently signed a unity pact.

You can read the entire column here. 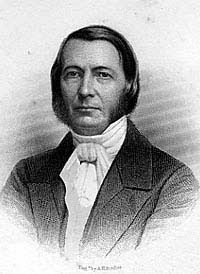 The Church is exclusively a spiritual organization, and possesses none but spiritual power. It is her mission to promote the glory of God and the salvation of men from the curse of the law . . . The Church deals with men as men, as fallen sinners standing in need of salvation . . . Her mission is to bring men to the Cross, to reconcile them to God through the blood of the Lamb, to imbue them with the Spirit of the Devine Master, and then send them forth to perform their social duties, to manage society, and perform the functions that pertain to their social and civil relations.

Labels: Doctrine of the Church, Quotes