Frustrated with a subscription base of about 3,500, the Trustees joined with the Presbyterian Journal in order to "reach a wider audience (well over 20,000) with the Reformed faith." In his article, "Toward the Future of the Presbyterian Church" in the Guardian's final issue, Edmund Clowney wrote, "there is no good reason for [the two magazines] to remain separate, and every good reason why there should be one clear journalistic voice serving Machen's hope for American Presbyterianism." For many, the merger was a precursor of a denominational union that was perceived on the horizon. In Clowney's words, the merger "marks the growing unity of Bible-believing Presbyterians in the United States." The anticipated church union, however, would not take place. The Presbyterian Journal, even with a united voice and expanded subscription base, would cease publication in 1987, with its Board of Trustees transferring its assets to World magazine.

The 1979 merger ended the remarkable 44-year life of a magazine founded by J. Gresham Machen in 1935, an independent monthly dedicated to a predominantly Orthodox Presbyterian readership. Numbered among its editors were Ned B. Stonehouse, Paul Woolley, Leslie Sloat, Robert Nicholas, and John Mitchell. 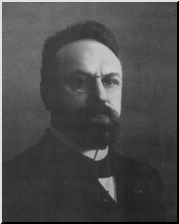 God daily comes to his people, not from afar but nearby. In it he reveals himself, from day to day, to believers in the fullness of his truth and grace. Through it he works his miracles of compassion and faithfulness. Scripture is the ongoing rapport between heaven and earth, between Christ and his church, between God and his children. It does not just tie us to the past; it binds us to the living Lord in the heavens. It is the living voice God.

Most fundamentally, our culture, society, government, and law are in the condition they are in, not because of a conspiracy, but because the church has forsaken its duty to be the salt of the culture. It is the church’s duty (as well as its privilege) to do now what it should have been doing all the time—to use the freedom we do have to be that salt of the culture. If the slide toward authoritarianism is to be reversed, we need a committed Christian church that is dedicated to what John W. Whitehead calls “total revolution in the reformative sense.”

Cut off the decayed flesh, expel the mangy sheep from the fold, as otherwise the whole house, the whole paste, the whole body, and the whole flock, will burn, perish, rot, or die. Arius was but one spark in Alexandria, but as that spark was not extinguished at once, the whole civilized world was devastated by its flame.