Why Christians Need to Hear the Law 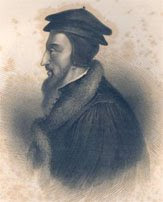 Over at Experimental Piety, in post titled, Calvin on the Third and Principle Use of the Law, Jordan Harris reminds us of our need to hear God’s Law. Here’s a snippet:

The end of chapter 7 of Book 2 presents a very convincing and powerful argument for the centrality of the third use of the law. Calvin argues from the situation of the church under the Old Covenant that the third use is most connected to the law’s original purpose. I’ve often heard from some Reformed Christians that the law is entirely powerless to do anything positive for the Christian. It is certainly true that the law is powerless to effect reconciliation with God since there is no man who can obey even one iota of the law from the heart. Nevertheless, Calvin does speak of the law as possessing a sort of sanctifying power, a power which instructs us and encourages us. In words that might make some contemporary Reformed Christians cringe, Calvin argues that the law, for the believer, arouses the heart to greater obedience. And lest anyone misunderstand Calvin, he is speaking to believers upon whose hearts the law has been engraved through regeneration.

“Again because we need not only teaching but also exhortation, the servant of God will also avail himself of this benefit of the law: by frequent meditation upon it to be aroused to obedience, be strengthened in it, and be drawn back from the slippery path of transgression (Inst. 2.7.7).”

While it’s not my intention to pick a fight in this context, I will say that this understanding of the law is very different from some negative formulations of the law which have recently been popularized and advocated by Reformed and Presbyterian pastors. I understand the desire to keep the cross central, to glory in the indicatives of the gospel, and to avoid at all costs the paralyzing kind of legalism which ruins so many lives and churches. But the answer is not to run away from the law or to downplay or ignore its instructive use. For Calvin, the law, within the context of the gospel promises and the presence of the Spirit, should arouse, strengthen, and draw us back from sin.

The Conservative Case for Gay Marriage? 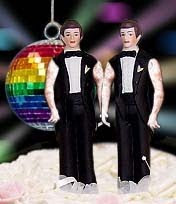 From the Wittenberg Door archives . . .

Self-described conservative and former Reagan and Bush administration official Ted Olson is one of two attorneys who sued to have California’s proposition 8 overturned. Mr. Olson makes his case to the American people in a Newsweek opinion piece titled, The Conservative Case for Gay Marriage. In this post we’ll consider some of the main ideas presented in the column.

Various federal and state laws have accorded certain rights and privileges to gay and lesbian couples, but these protections vary dramatically at the state level, and nearly universally deny true equality to gays and lesbians who wish to marry. The very idea of marriage is basic to recognition as equals in our society; any status short of that is inferior, unjust, and unconstitutional.

It should be pointed out that the state is not stopping those with homosexual desires from marrying. They can marry any willing, unmarried, of-age opposite-sex person they wish; same as those with heterosexual desires. The state doesn’t care about our desires, nor does it care about “love.”

When we refuse to accord this status to gays and lesbians, we discourage them from forming the same relationships we encourage for others. And we are also telling them, those who love them, and society as a whole that their relationships are less worthy, less legitimate, less permanent, and less valued. We demean their relationships and we demean them as individuals. I cannot imagine how we benefit as a society by doing so.

First, this type of emotional pandering is unbecoming any person who wants his ideas to be taken seriously. That aside, the answer is “yes,” same-sex relationships (whether homo- or heterosexual) are less valued by the state, and rightfully so. Here’s why . . .

The state should only have an interest in two types of contractual relationships: corporations and heterosexual marriages. The first because the state is required to regulate commerce (section 8, clause 3 of the Constitution); and the second because it is the best way for it, the State, to perpetuate itself.

Mommies and daddies are from where the next generation of citizens will come. And the best environment for the raising of responsible citizens is a married, monogamist, heterosexual household. Married and monogamist because that brings stability to the home; heterosexual because both the mother and the father bring something in particular to the childrearing enterprise.

This unit is the best way to secure society’s future. Therefore, the state has an interest in favoring and protecting marriage between a man and a woman. It has no such interest in same-sex unions.

I understand, but reject, certain religious teachings that denounce homosexuality as morally wrong, illegitimate, or unnatural; and I take strong exception to those who argue that same-sex relationships should be discouraged by society and law . . .

This is breath-taking arrogance. Mr. Olson claims that he and his compatriots on the left are morally superior to all religious leaders of all times, and to all generations that preceded this one. (I suppose Ted Olson can teach Jesus a-thing-or-two about morality.)

. . . And, while our Constitution guarantees the freedom to exercise our individual religious convictions, it equally prohibits us from forcing our beliefs on others . . .

Obviously this doesn’t apply to Mr. Olson since he wants to force his convictions upon the rest of society. But of course he is the moral standard for all of humanity.

. . . Science has taught us, even if history has not, that gays and lesbians do not choose to be homosexual any more than the rest of us choose to be heterosexual. To a very large extent, these characteristics are immutable, like being left-handed . . .

Likewise, those with homosexual desires should show the same restraint. The moral aspect aside for a moment, isn’t it obvious that their desires are misdirected? If “nature” intended for a man to have relations with another man, wouldn’t “nature” have provided the compatible equipment? It seems obvious that the proper direction for the desires should be towards those of the opposite sex.

. . . It seems inconceivable today that only 40 years ago there were places in this country where a black woman could not legally marry a white man. And it was only 50 years ago that 17 states mandated segregated public education—until the Supreme Court unanimously struck down that practice in Brown v. Board of Education. Most Americans are proud of these decisions and the fact that the discriminatory state laws that spawned them have been discredited. I am convinced that Americans will be equally proud when we no longer discriminate against gays and lesbians and welcome them into our society.

Ted Olson’s ethnicity is white (Caucasian). He was born that way and could do nothing to change it. His ethnicity is intrinsic to him. Consequently he had no choice in the matter. Those with homosexual desires, on the other hand, have a choice as to whether or not to act upon those desires. The latter is morally relevant, while the former is not. Thus ethnicity and homosexuality are not on the same moral plain (one involves choice and the other does not—one is intrinsic and the other a behavior). And since the state should only treat equals equally, it is in fact immoral to judicially conflate the two.

I call on Mr. Olson to drop the label “conservative case” unless he can explain how it differs from the liberal case, and to explain how you can “conserve” something by radically changing it . I also call upon him and others who take his position to consider carefully the case for traditional marriage that I made above, and to drop the bad arguments like those employed by Mr. Olson—Intellectual honesty demands it. We’ll see if they’re up to it, but I’ not holding my breath. 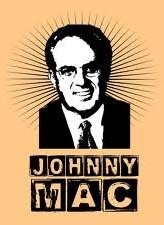 John MacArthur on the church’s need to hold fast to the truth . . .

Truly biblical ministry must hold forth truths that are absolute… We must take an unmovable stance on all issues where the Bible speaks plainly… Sound doctrine divides, it confronts, it separates, it judges, it convicts, it reproves, it rebukes, it exhorts, it refutes error. None of those things is very highly esteemed in modern thought. But the health of the church depends on our holding firmly to the truth.

John MacArthur, Reckless Faith: When the Church Loses Its Will to Discern