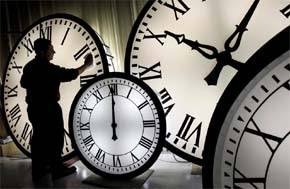 The liberal arts and sciences have descended to us from the heathen. We are, indeed, compelled to acknowledge that we have received astronomy, and the other parts of philosophy, medicine, and the order of the civil government, from them. Nor is it to be doubted that God has thus liberally enriched them with excellent favors that their impiety might have the less excuse. But, while we admire the riches of his favor which he has bestowed on them, let us still value far more highly that grace of regeneration with which he peculiarly sanctifies his elect unto himself.

The new humanity, God’s people, is called to promote renewal in every department of creation. If Christ is the reconciler of all things, and if we have been entrusted with the ministry of reconciliation on his behalf, then we have a redemptive task wherever our vocation places us in his world. . . . In the name of Christ, [the] distortion [of sin] must be opposed everywhere—in the kitchen and bedroom, in city councils and corporate boardrooms, on the stage, [on the silver screen], and on the air, in the classroom, and in the workshop. Everywhere humanity’s sinfulness disrupts and deforms. Everywhere Christ’s victory is pregnant with the defeat of sin and the recovery of creation.

posted by The Catechizer and The Deacon | 6:15 AM