f The Wittenberg Door: The Freedom of the Regulative Principle

The Freedom of the Regulative Principle 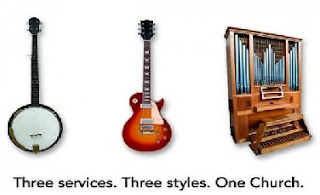 When I was a Pentecostal, the church service was an ever-changing event. Being “led by the Spirit” meant that the whims of the preacher or worship leader could lead the service into any given direction. One of my “pastors,” who fancied himself a prophet, would stop mid-sentence and say something like, “Yes, yes, Lord. I’ll do that.” And off we’d go into a different direction. (Funny, though, that the direction never lead away from the offering.) Anything else was seen as “bondage” because we were “quenching the Spirit.”

You’re average Evangelical church isn’t this bad, but the liturgy is still typically something that revolves around wants and desires of those in charge. As a result, man, not God, determines the means and modes of worship. But the question is for the Pentecostal, the Evangelical, and any other Christian church, is freedom really found in doing what we want?

Pastor Kevin DeYoung answers this question at his blog in a post titled, The Freedom of the Regulative Principle. Here’s how it begins:

Simply put, the regulative principle states that “the acceptable way of worshiping the true God is instituted by himself and so limited by his own revealed will” (WCF 21.1). In other words, corporate worship should be comprised of those elements we can show to be appropriate from the Bible. The regulative principles says, “Let’s worship God as he wants to be worshiped.” At its worst, this principle leads to constant friction and suspicion between believers. Christians beat each other up trying to discern exactly where the offering should go in the service or precisely which kinds of instruments have scriptural warrant. When we expect the New Testament to give a levitical lay out of the one liturgy that pleases God, we are asking the Bible a question it didn’t mean to answer. It is possible for the regulative principle to become a religion unto itself.

But the heart of the regulative principle is not about restriction. It is about freedom. . . .

You can read the rest of the post here.

Labels: Doctrine of the Church, Worship

posted by The Catechizer and The Deacon | 6:34 AM