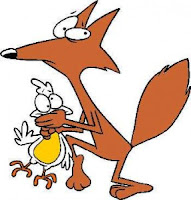 The First Great awakening was largely Calvinistic and moored to the historic confessions of the church. The Second Great awakening was Arminian in nature and adrift in a sea of emotionalism. Why the difference? A significant event occurred between the two: the American Revolution. It’s significant to the church because not only did the people throw off the bonds of a king, but they also threw off the bonds of the church. Experience and subjectivism would rule the day, not creeds and doctrine.

In the void left by the removal of the confessions came an assault by the higher critics, something the emotionalism upon which the Second Great Awakening was based could not defend. Those charged with guarding the historic faith’s hen house were too drunk on Finney’s new wine to notice the fox, sporting a “Schleiermacher is my Homeboy” tee-shirt, running off with the Scriptures. An unfortunate legacy we’re still living with today.

Over at at Historia Ecclesiastica, A. Ian Hugh Clary provides an interesting look at the link between revivalism and higher criticism:

Andrew Holmes, Lecturer in Modern Irish History at Queen’s University Belfast, wrote an article on the causes and consequences of the Ulster Revival of 1859. Near the end of the piece he draws an illuminating link between the role of religious experience and the acceptance of higher criticism within evangelicalism. He says that when “pietistic spirituality”—that emphasizes personal conversion, holiness, and experience—is placed at the centre of theological enquiry, the bible can be characterized as a “record of the developing spiritual experience” rather than a manual of doctrine. This opens the doors for critical views of Scripture to enter in. Theological liberals separated the text and its historicity from spiritual experience and value. For evangelicals who were caught up in the ecstatic experience of revival (especially in Ulster’s case), a pietistic spirituality could be maintained while aberrant views of the bible were shuffled in. Holmes says, “It is significant that those figures most closely associated with modern biblical criticism within the Irish Presbyterian Church were also supporters of modern revivalism.”

Holmes goes on to say that theologians who espoused higher criticism in Scotland were happy to draw the link with revivalism—especially the visits of D. L. Moody—and sought further revivals and religious experience. For instance, J. E. Davey, an evangelical who embraced higher criticism, used revivalism and religious experience in his defence during his trial for heresy in 1926-1927.

This is helpful for historians as we consider the benefits and pitfalls of revival, especially in its more recent forms. It should also temper us as Christians in our labours for revival—we need to make sure that the methods we espouse do not lead us to elevate religious experience to the role of doctrinal credibility. Rather, we need to maintain fidelity to the truths of the gospel handed down to us from our forebears, including those who experienced revival yet remained faithful.