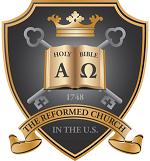 From the Reformed Church in the United States’ Directory of Worship . . .

Public worship is rightly said to be divine because God is its beginning and its end. It is of him and through him and unto him.

Public worship is Christian when the worshipers recognize Christ is the Mediator by whom alone they can come to God, when they honor Christ as the great Head of the Church, who rules over public worship, and when their worship is an expression of their faith in Christ and of their love for him.

The Terrors of Conscience 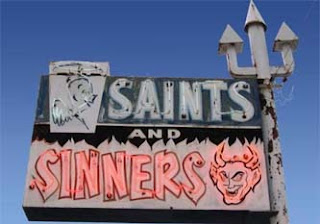 The Reformed Traveler has an excellent post explaining the difference between the “terrors of conscience,” which is brought about by the Law, and true sorrow over sin, which comes through the gospel. Here’s how it begins:

Those who read up on the history of revivals often get fascinated by the subject of the terrors of conscience. Some folks have gone so far as to say that we need this sort of thing today. It is true that terror of the conscience may sometimes go before faith, but this kind of terror is not to be confused with repentance. Indeed, the truth is this, terrors of conscience and the Law have the tendency to draw men away from the cross and not to it.

Let me illustrate. Several hundred years ago, in Northern Ireland, a Presbyterian minister by the name of Glendinning began to preach in a place called Sixmile Water in County Antrim. In accounts I’ve read, Glendinning arrived and, “Seeing the lewdness and ungodly sinfulness of the people, he preached to them nothing but law, wrath, and the terrors of God for sin.” Multitudes were brought to cry out in terror and swoon under the Word. People were carried out of doors as if dead. But no one got saved. Why? The reason is that the poor minister knew only Law and not gospel! Eventually, the neighbouring ministers came to Mr. Glendinning’s aid and brought the “stricken people” to an understanding of grace and salvation. . . .