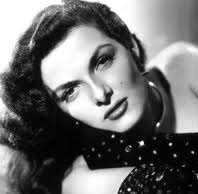 Earlier this month, screen legend Jane Russell was laid to rest. Featured in such classic films as Gentlemen Prefer Blondes (1953), The Paleface (1948), and Son of Paleface (1952), Russell is best remembered for her first film, The Outlaw (1943), which launched her into stardom. But what most people didn’t know—what I didn’t know—is that she was a Christian, and that she was very active in the Pro-Life movement. Russell’s daughter-in-law provides a moving account of Ms. Russell’s true passion over at LifeSiteNews.com. Here’s some excerpts . . .

But according to Waterfield, Jane’s true legacy lies in her deep devotion to the Bible as a born-again Christian, and her tenacity living out that faith as a pro-life advocate following a tragic botched abortion at the age of eighteen. . . .

Russell’s story began in the San Fernando Valley of Southern California where she grew up as the eldest and only girl in a deeply Christian family of five children. The loss of a child - Jane’s older brother, who died at 18 months old - was what inspired her own mother’s zeal for reading the Bible, a hunger she passed on to her daughter.

The death of a child would also later exert a powerful effect on Jane’s life: when the eighteen-year-old star was already well on her way to a successful career in film, an illegal abortion took the life of her unborn child, and left her unable to bear children ever again.

According to Waterfield, the young Jane already “felt horrible” about the moral evil committed in the abortion, which was so badly botched she nearly died. “She knew it was wrong,” she said. “But she as a young teenager, she felt she was trapped and her career starting to take off, and it was an inconvenience, and she thought that was the best solution, knowing all along that it wasn’t.” . . .

Jane carried on, she said, bearing courageously the responsibility of an abortion that wound up giving her “a heart for children,” particularly those who were difficult to place in adoptions, such as older and disabled children. Russell was to found the World Adoption International Fund (WAIF) in 1955. According to Waterfield, through Russell’s efforts at adoption advocacy, she helped find a place for over 40,000 children in permanent homes who may otherwise never have found them.

Why Do Some Ministers Wear Robes? 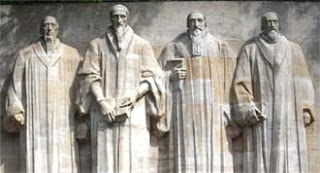 Ever wonder why some Protestant ministers wear robes when preaching? Dr. C. Matthew McMahon answers that question over at A Puritans Mind in an article title Why a Genevan Robe?

. . . it surrounds a need for the preacher and congregation to be reminded, constantly, that the office of the minister is to be regarded with a submissive attention to his work as the preacher of God’s Word. There is a great difference between John Calvin asking his congregation to listen respectably to “John Calvin”, and listening heartily to the Word of God. . . .

When the minister of the Word of God stands in the pulpit while wearing a Genevan Robe, such an act demonstrates that “something is going on here that is eminently different” than normal. There is a more profound affect on the congregation to listen to the Word of God rather than the man, or how good the man looks, or whether his pants are creased well. The purpose is to detract from the person of the preacher, and to emphasize the office of the minister. The Genevan Robe is not worn to make him more prestigious than the rest of the blood-bought saints that come to corporate worship, nor is it to set him above the congregation in any way. Rather, the Genevan Robe reminds the congregation that he is “set apart” to work as a mouthpiece for the Word of God preached during worship. . . .

Labels: Doctrine of the Church 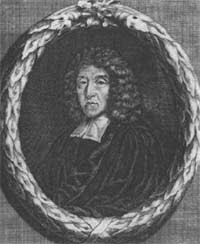 Orthodox Reformed theologians affirm that there is a natural law, not arising from a voluntary contract of law of society, but from a divine obligation being impressed by God upon the conscience of man in his very creation, on which the difference between right and wrong founded and which contains the practical principles of immovable truth (such as: “God should be worshipped,” “parents honored,” “we should live virtuously,” “injure no one,” “do to others what we would wish them to do to us” and the like). Also that so many remains and evidences of this law are still left in our nature (although it has been in different ways corrupted and obscured by sine) that there is no mortal who cannot feel its force either more or less.