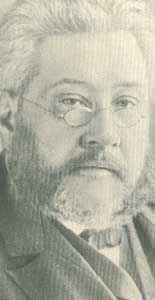 I am quite certain that, if God had not chosen me, I should never have chosen Him; and I am sure He chose me before I was born, or else He never would have chosen me afterwards; and He must have elected me for reasons unknown to me, for I never could find any reason in myself why He should have looked upon me with special love. 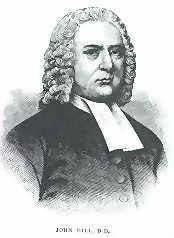 This is a very large and comprehensive expression, and reaches to all the things of Christ, as well as of his ministers. The incarnation, obedience, death, and resurrection of Christ, are all for the sake of God’s elect; and so the ministry of his apostles and servants, their gifts, graces, comforts, and experiences; and so likewise all their reproaches, afflictions, and persecutions; see 2 Cor. 1:6. These were endured for their sakes, and tended to their establishment in the faith; were for the furtherance of the Gospel, and of the faith and joy of the saints; and this gave no small pleasure and relief to them under their sufferings, that they were of such use to others. Moreover, all their deliverances, when in any imminent danger; were for the sake of the church.

As commissioners met for three days in the Manufacturers' and Bankers' Club on Walnut and Broad Streets, the main item on their agenda was the report from the Committee on the Constitution on the adoption of the Westminster Confession of Faith and Catechisms as the doctrinal standards of the five-month-old church. The debate centered on whether or not the church should include the 1903 confessional revisions in its version of the standards. While it was generally agreed that those revisions were Arminian and anti-Reformed, some commissioners argued that the inclusion of those revisions would bolster the church's claim of being the "spiritual successor" to the Presbyterian Church in the USA, and thus help congregations in their legal battle to maintain their property. Cornelius Van Til spoke in opposition to such expediency: "Shall we be Arminians before the courts this year, with the full expectation of being Calvinists next year?"

The Presbyterian Guardian described the outcome of the debate in this way: "When the vote was taken by roll-call on this all-important matter the result was the adoption of the Westminster Confession of Faith and Catechisms, without the obnoxious 1903 revisions, by the decisive majority of 57 to 20."

John Newton on the need, as a pastor, for the people’s prayers . . .

I trust I have a remembrance in your prayers. I need them much: my service is great. It is, indeed, no small thing to stand between God and the people, to divide the word of truth aright, to give every one portion, to withstand the counter tides of opposition and popularity, and to press those truths upon others, the power of which, I, at times, feel so little of in my own soul. A cold, corrupt heart is uncomfortable company in the pulpit. Yet, in the midst of all my fears and unworthiness, I am enabled to cleave to the promise, and to rely on the power of the great Redeemer.

Thou Didst Love Me Before I Loved Thee

Thou didst love me before I loved thee,
An enemy, a sinner, a loathsome worm,
Thou didst own me with I disclaimed myself,
Thou dost love me as a son,
And weep over me as over Jerusalem.


Love brought thee from heaven to earth,
From earth to the cross,
From the cross to the grave.

Love led thee to bow thy head in death.

Valley of Vision: A collection of Puritan Prayers and Devotions 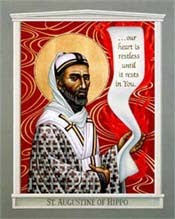 How sweet all at once it was for me to be rid of those fruitless joys which I had once feared to lose . . . ! You drove them from me, you who are the true, the sovereign joy. You drove them from me and too ktheir place, you who are sweeter than all pleasure, though not to flesh and blood, you who outshine all light, yet are hidden deeper than any secret in our hearts, you who surpass all honor, though not in the eyes of men who see all honor in themselves. . . . O Lord my God, my Light, Wealth, and my Salvation.