f The Wittenberg Door: The Transcendental Argument for the Existence of God

The Transcendental Argument for the Existence of God 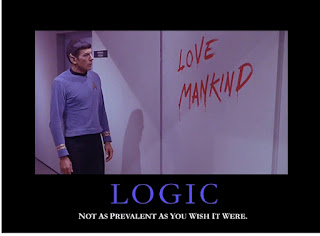 An important part of worshiping God with our mind (Luke 10:27) is knowing how to think well, how to organize our thoughts. Another reason we need to learn to think well is so that we are prepared to defend the faith (1 Pet. 3:15). Knowing the different types of arguments will help in this endeavor. Jamin Hubner provides a helpful summary of the four main types of arguments at the Alpha and Omega Ministries blog. As part of the discussion Mr. Hubner points out that the strongest argument is the transcendental:

The fourth and final kind of argument is the transcendental argument, which is a unique argument that argues from the impossibility of the contrary. In a transcendental argument for God's existence, God is the precondition for all intelligible experience and, indeed, for all things that exist. (This is because of the nature of the Creator and the nature of creation; this is where good theology comes in). In other words, without God, there cannot be anything that is; there must be a transcendental foundation for the things that we experience - a foundation that stands above and beyond creation itself. For example, we might attempt to summarize it by putting it like this:

Or, to put it differently, God exists because it would be impossible for Him not to exist.

This is highly simplified, and Cornelius Van Til gave several simple ways of understanding the transcendental argument for God's existence (or "TAG"):

“We cannot prove the existence of beams underneath a floor if by proof we mean that they must be ascertainable in the way that we can see the chairs and tables of the room. But the very idea of a floor as the support of tables and chairs requires the idea of beams that are underneath. But there would be no floor if no beams were underneath. Thus there is absolutely certain proof for the existence of God and the truth of Christian theism. Even non-Christians presuppose its truth while they verbally reject it. They need to presuppose the truth of Christian theism in order to account for their own accomplishments.” (Defense of the Faith, 126)

“The only “proof” of the Christian position is that unless its truth is presupposed there is no possibility of proving anything at all.” (Jerusalem and Athens, 21)

“That is, [apologetics] should present the biblical God, not merely as the conclusion to the argument, but as the one who makes arguments possible.” (Frame, Five Views on Apologetics, 220).

posted by The Catechizer and The Deacon | 5:55 AM